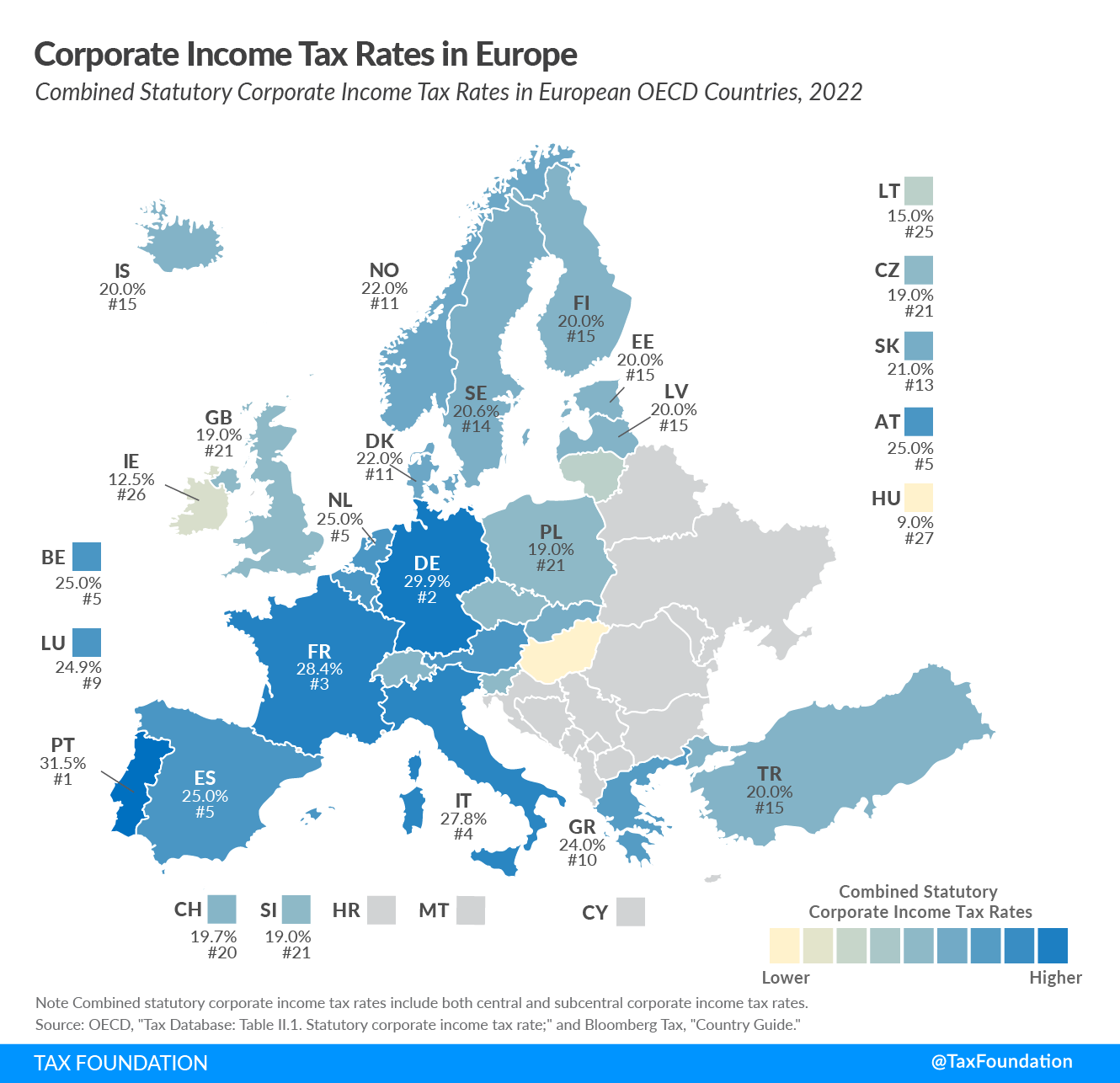 On average, European OECD countries currently levy a corporate income tax rate of 21.7 percent. This is below the worldwide average which, measured across 180 jurisdictions, was 23.54 percent in 2021.

EU countries—like most regions around the world—have experienced a decline in corporate income tax rates over the last decades. In 2000, the average corporate tax rate was 32.6 percent and has decreased consistently to its current level of 21.3 percent.