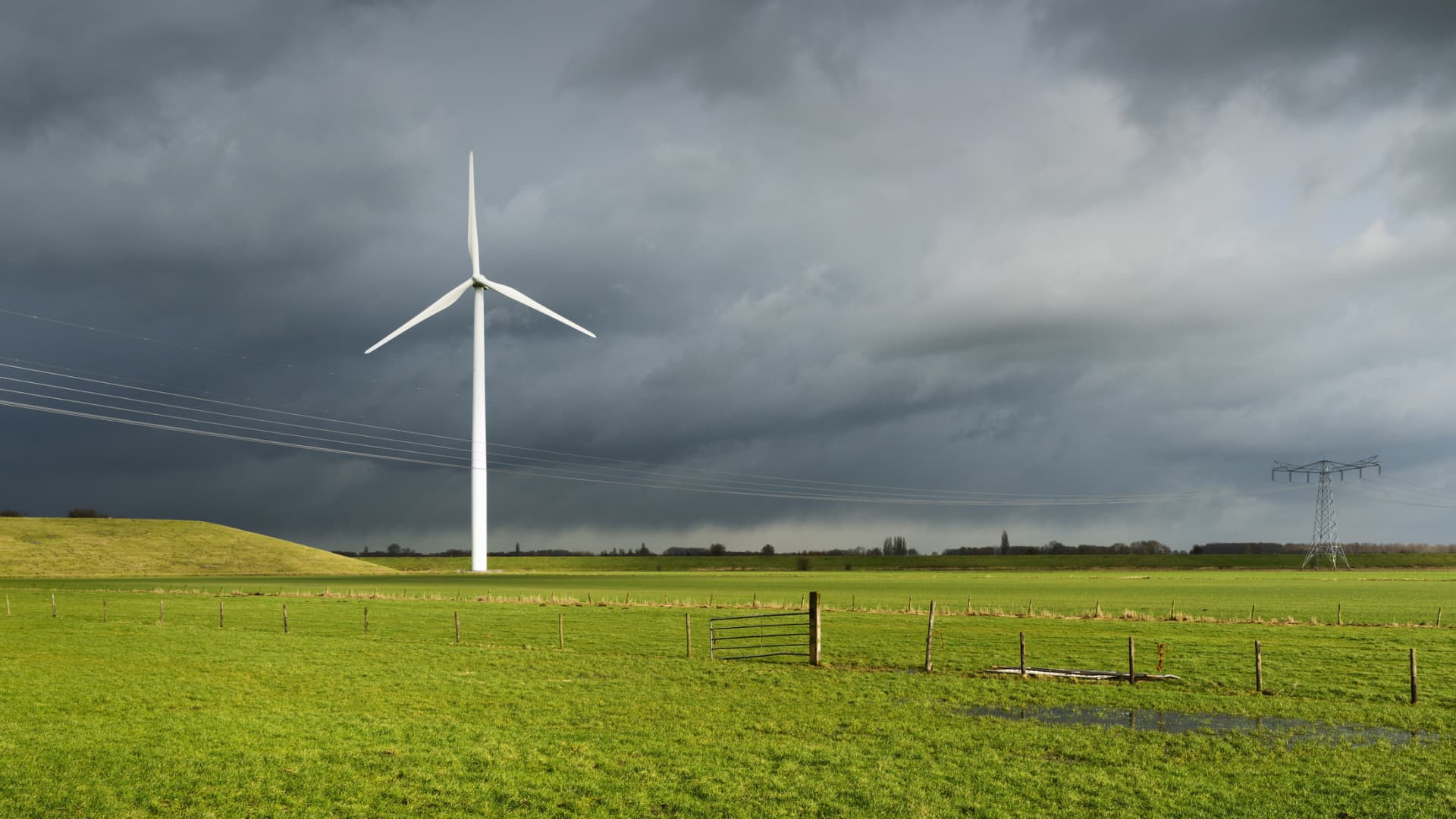 Discussions about the energy transition, what it means and whether it’s actually underway at all, have become major talking points in recent years.

How the transition — which can be seen as a shift away from fossil fuels to a system dominated by renewables — pans out remains to be seen.

It depends on a multitude of factors, from technology and finance to international cooperation. While crucial, all are bedeviled by a great deal of uncertainty and risk.

The above topics were considered in detail during a panel moderated by CNBC’s Dan Murphy at the Atlantic Council’s Global Energy Forum in Dubai on Tuesday.

“At the heart of the energy transition is digitalization,” Leo Simonovich, who is vice president and global head of industrial cyber and digital security at Siemens Energy, said.

“In the energy sector, 2 billion devices are going to be added over the next couple of years,” he said.

“Every one of those devices could be a potential source of vulnerability that could be exploited by bad actors.”

Expanding on his point, Simonovich explained the potential consequences of the above happening. “In a system that is increasingly connected and digitized, that includes legacy assets in need of digital assets, this could have cascading effects,” he said.

Cybersecurity, Simonovich argued, was important both as “an opportunity to accelerate the energy transition if we can get it right because it builds trust, but also as a major source of risk that we need to address pretty urgently.”

Alongside cybersecurity, geopolitics will also have a role to play if the planet is to shift to a low-carbon energy system, a point forcefully made by Abdurrahman Khalidi, chief technology officer of GE Gas Power, EMEA.

“It took the world several decades, until 2015, to arrive at almost a consensus in Paris, that global warming is happening and it’s due to greenhouse gases and the commitments started flowing,” Khalidi said. “It took us a lot of debate.”

Khalidi’s mention of Paris refers to the Paris Agreement, which aims to limit global warming “to well below 2, preferably to 1.5 degrees Celsius, compared to pre-industrial levels” and was adopted in Dec. 2015.

“For decarbonization to happen — as we saw in COP26 — you need … cooperative and collaborative world governments,” he said. “The risk I see right now [is that] the world is sharply polarized and the world is being divided along ‘with’ and ‘against’.”

Read more about how businesses and consumers are fighting and adapting to climate change:

Khalidi’s comments come at a time when Russia’s invasion of Ukraine has highlighted just how reliant some economies are on Russian oil and gas.

While the war in Ukraine has created geopolitical tension and division, it has also resulted in a number of initiatives defined by cooperation and shared aims.

Last week, for example, the U.S. and European Commission issued a statement on energy security in which they announced the creation of a joint task force on the subject.

The parties said the U.S. would “strive to ensure” at least 15 billion cubic meters of extra liquefied natural gas volumes for the EU this year. They added this would be expected to increase in the future.

President Joe Biden said the U.S. and EU would also “work together to take concrete measures to reduce dependence on natural gas — period — and to maximize … the availability and use of renewable energy.”

Given that fossil fuels play such a major role in modern life, any transition to an energy system and economy centered around renewables and low-carbon technologies will require a vast amount of money.

During Tuesday’s panel, the question of where this cash should be invested was tackled by Kara Mangone, who is global head of climate strategy at Goldman Sachs. Among other things, she stressed the importance of integration and commercial viability.

“Our research estimates that it’s going to take anywhere from 100 to 150 trillion [dollars] in capital, about 3 to 5 trillion a year — just an astronomical amount, we’re nowhere near that today — to deliver on the goals that were set forth in the Paris Agreement,” she said.

Around half of this capital would need to be focused on renewables and technologies that were already at a commercial scale, Mangone explained.

“But the other half, very importantly, will need to go into carbon capture, into hydrogen, into direct air capture, into sustainable aviation fuel, e-fuels — technologies that are not yet being adopted at commercial scale because they have not hit the price point where that can happen for a lot of companies.”

The trillion-dollar figures Mangone refers to are found within a report entitled “Climate Finance Markets and the Real Economy” which was published in late 2020. Goldman Sachs says it joined the Global Financial Markets Association Climate Finance Working Group to help inform the report.

Mangone went on to lay out how goals could be achieved in a commercially viable way.

“We cannot pull out financing from … the oil and gas sector, metals and mining, real estate, agriculture — these sectors that are really crucial to transition, that actually need the capital, that need the support to be able to execute on that.”

The above viewpoint follows on from comments made Monday by Anna Shpitsberg, deputy assistant secretary for energy transformation at the U.S. Department of State.

“We have always come out and said [the] oil and gas industry is critical to the transition,” Shpitsberg, who was speaking during a panel moderated by CNBC’s Hadley Gamble, said.

“And to be quite honest, they’re some of the ones that are putting significant investment into clean energy, including renewables.”

If these “critical stakeholders” were not engaged, Shpitsberg argued that goals relating to methane reduction and efficiency would not be reached.

Work to be done

Securing a successful energy transition represents a huge task, especially when one considers the current state of play. Fossil fuels are ingrained in the global energy mix, and companies continue to discover and develop oil and gas fields at locations around the world.

Earlier this month, the International Energy Agency reported that 2021 saw energy-related carbon dioxide emissions rise to their highest level in history. The IEA found energy-related global CO2 emissions increased by 6% in 2021 to reach a record high of 36.3 billion metric tons.

In its analysis, the world’s leading energy authority pinpointed coal use as being the main driver behind the growth. It said coal was responsible for more than 40% of overall growth in worldwide CO2 emissions last year, hitting a record of 15.3 billion metric tons.

Medicare users still have time to change, drop 2023 Advantage Plan coverage. What to know
New York AG will seek sanctions on Trump, lawyers over ‘false’ court filings in fraud suit
Here’s who can claim the home office deduction on this year’s taxes
Before you enroll in Medicare, what to know about new rules that eliminate coverage gaps
Snap shares plunge on weak revenue as digital ad struggles continue