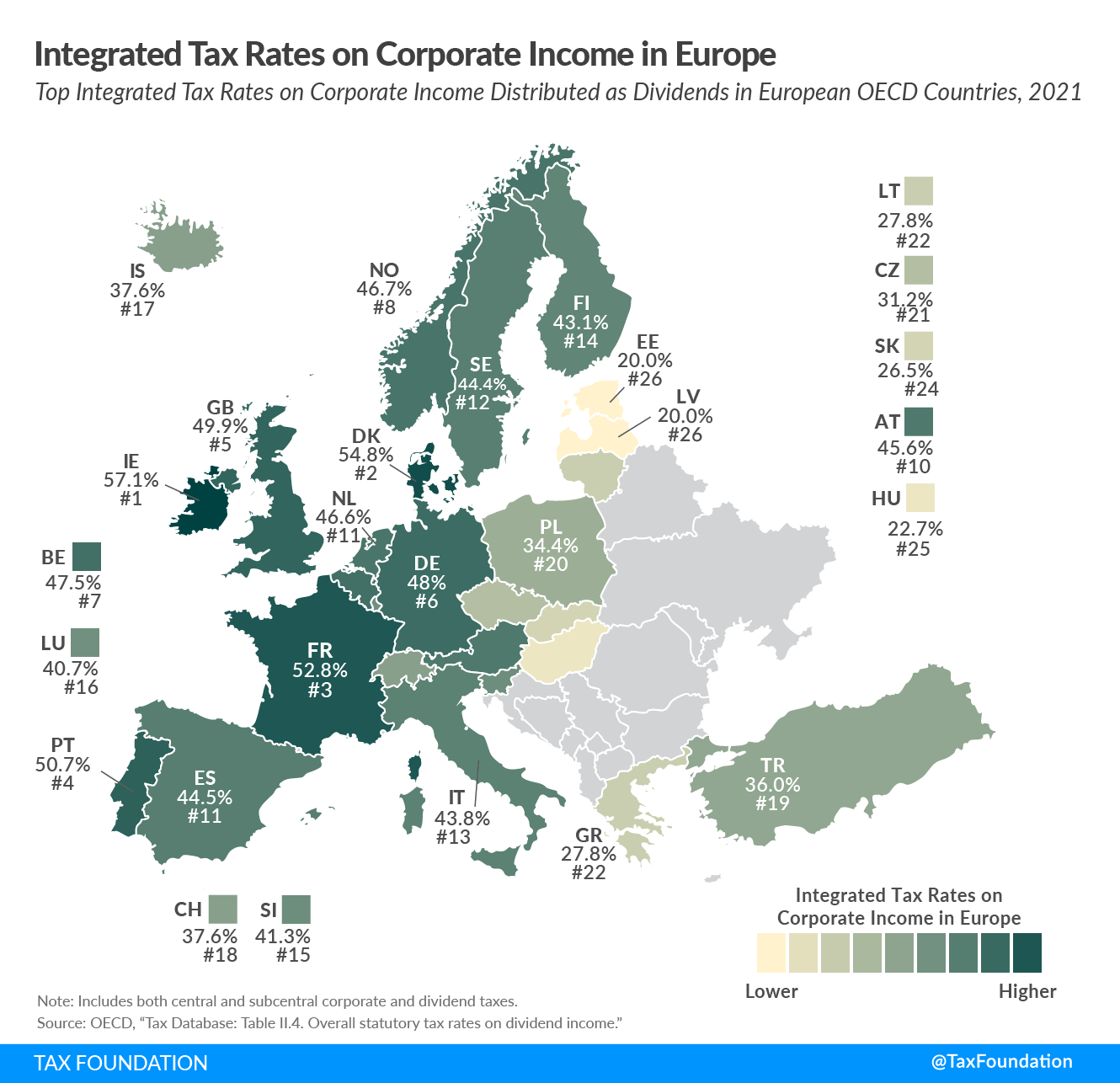 For dividends, Ireland’s top integrated tax rate was highest among European OECD countries, at 57.1 percent, followed by Denmark (54.8 percent) and France (52.8 percent). Estonia (20 percent), Latvia (20 percent), and Hungary (22.7 percent) levy the lowest rates. Estonia and Latvia’s tax on distributed profits means that the corporate income tax is the only layer of taxation on corporate income distributed as dividends.