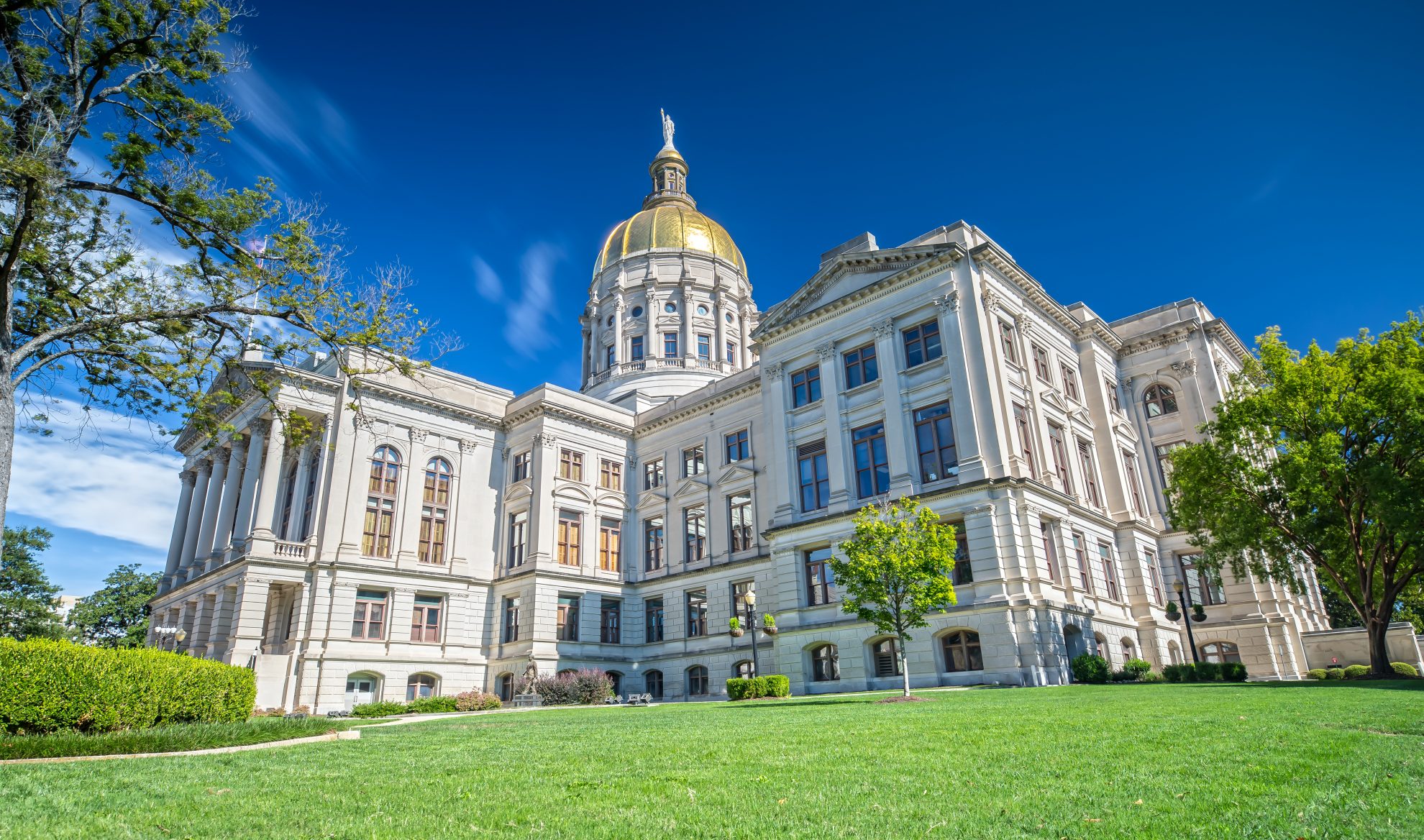 After several rounds of negotiations, Georgia lawmakers enacted HB 1437 on April 4th. If certain financial conditions are met, this tax reform bill will consolidate the state’s six individual income tax brackets into one flat rate, ultimately reaching 4.99 percent over a number of years. The bill is awaiting action by the governor.

As it worked its way through the legislative process, HB 1437 saw significant changes that altered its timeline and potential effectiveness. Lawmakers can be proud of the steps that they have taken toward a better tax code but should consider revisiting the design of the bill’s tax triggers in order to better accomplish their goal of responsible improvement.

The introduced bill would have consolidated the state’s six individual income tax brackets into one, simultaneously bringing the top rate from 5.75 to 5.25 percent in tax year 2024. The bill would have also eliminated the standard deduction for all taxpayers, instead increasing the personal exemption from $2,700 to $12,000 for single filers and from $3,700 to $24,000 for those married filing jointly, succeeding in eliminating the state’s marriage penalty.

Such legislation would have gone a long way to improve Georgia’s attractiveness among states—bringing the state’s overall rank from 32nd to 16th on our State Business Tax Climate Index, an annual comparison of the competitiveness of state tax structures.

The bill underwent significant changes in the Senate. First, changes would phase in over many years, beginning in 2024 and reaching completion in 2032. Instead of creating a flat tax right away, the scheduled changes would consolidate the six income tax brackets into two in 2024 and remain that way until 2032, when a flat tax would be implemented. The top rate would remain at 5.7 percent and the lower rate at 4.99 percent until the implementation of a flat tax in 2032 , but the income threshold for the top rate would increase each year, reaching a kick-in of $500,000 in tax year 2031. These increasing bracket thresholds would not be doubled for married taxpayers filing jointly, preserving the state’s marriage penalty.

While there were specific years assigned to these tax changes, there was no guarantee that the changes would occur when scheduled, as the amended language included certain financial conditions that had to be met before a tax cut could be triggered. Each scheduled change would be delayed by a year whenever those conditions were not met.

Once HB 1437 reached conference committee, it morphed yet again. Instead of creating a two-bracket system with an ever-increasing top rate threshold, the first triggered change would now create a flat income tax of 5.49 percent, with six additional rate reductions of 0.1 percentage point each, for a target rate of 4.99 percent. If financial conditions are consistently met, these reductions would take place annually beginning in 2024 and finishing in 2030. Notably, this final version does slowly raise the standard deduction for married filers in alternating years until it reaches the value of double the single filer deduction, thus eliminating the marriage penalty with the completion of the reduction schedule. The standard deduction for single filers would increase to $12,000 with the first scheduled change, and the personal exemption would be removed.

Prioritizing a flat income tax over an increasing bracket threshold is a wise choice for the state. A single-rate structure enhances the economic competitiveness of the tax and, based on the experiences of other states, serves as a bulwark against future rate increases. In a high-inflation era, it also solves a problem present in the current system. Currently, Georgia’s bracket thresholds are set dollar amounts which are not tied to inflation. This means that, as the actual dollar amount of income increases, more of that income falls into higher tax brackets, even if the taxpayer’s purchasing power remains the same. By eliminating bracket thresholds altogether in favor of lower rates, lawmakers would avoid an avenue of future unlegislated tax increases.

Notably, the final version of the bill also requires the House Ways and Means Committee and the Senate Committee on Finance to review all state tax credits, deductions, and exemptions by December 1, 2023.

The bill retains the tax triggers added by the Senate. In order for a scheduled reduction to come to pass, all three of the following must be true:

As in the Senate version, the scheduled tax reductions would be delayed by a year whenever the state does not reach all three of these benchmarks.

Tax triggers can be a wise way to bring about rate reform in a state, especially if there are concerns about future revenue. However, these particular triggers fall short of an ideal system, particularly in relying on the variance between estimates. Even if the state wants to use a revenue projection to trigger a rate reduction, it should be measuring the variance between those projections and an actual prior year collections figure.

The second stipulation—surpassing collections from the five preceding fiscal years—is better in that it looks at actual collections but is still imperfect. Revenue from Fiscal Year 2021 was anomalously high for most states, so it will likely be a while before Georgia meets both the first and second requirements for rate reductions. However, because there is no requirement to adjust the previous years’ numbers for inflation, it is possible that the state will end up surpassing this threshold when collections have only increased in nominal terms, rather than when the state has seen an actual increase in purchasing power.

While the combination of the two measures creates some connection between a triggered tax cut and real revenue growth, the technique is far from straightforward. A more effective tax trigger mechanism would be to compare the prior year’s net revenue to a predetermined baseline, adjusted for inflation every year. Each time the baseline is surpassed by a set percentage, the rate reduction is triggered and that base revenue level is updated to match the new revenue level, which should also be adjusted for inflation for future comparisons.

In this way, Georgia would avoid lowering rates when it cannot afford a cut but would also ensure rate cuts when it has the means to do so.

The enrolled bill presents a different timeline for change than the original House intent, but HB 1437 still represents a significant opportunity for Georgia. If even one of the scheduled rate changes is triggered, the state will be well on its way to a simpler, more efficient tax code.

The first scheduled reduction would improve the state’s Index score dramatically, bringing its overall rank from 32nd to 19th. If all six rate reductions are triggered, Georgia will actually see a lower final rate than outlined in the original House version of the bill. Finishing all six rate reductions would improve the state’s Index score to 16th overall.

Lawmakers should be proud of the progress they have made during this legislative session but should consider revisiting the bill’s tax trigger mechanism to ensure the design works as intended.

State Legislatures Take Up Tax Reform and Relief in 2022